Nitrado and Bohemia Interactive have worked closely together on a two phase server hosting project with enormous success. Phase one was to provide DayZ players on consoles with access to private servers, allowing a completely different and customizable game play. In phase two, Bohemia’s official servers were migrated to Nitrado’s cutting-edge hardware. Apart from being more competitively priced, Nitrado’s servers are twice as powerful as the original solution. This means on private servers the number of Concurrently Connected Users (CCUs) can go from 60 up to 120 without losing any performance. On the official servers this increase in computing power was used for other ingame systems such as improved AI and physics, etc.

This success story is a great example that offering private servers with the right partner and the latest and greatest hardware, can contribute to the success of almost any game by increasing the number of players overall, improving performance and strengthening the existing community.

Nitrado and Bohemia Interactive have been in close contact since 2016. After testing Nitrado’s infrastructure and services it was time to take the relationship to the next level.

DayZ has had private servers for the PC version since 2013. Bohemia Interactive also wanted to offer private servers for consoles. Due to the stringent security and certification requirements for hosting on the console platform, Nitrado was the obvious choice, already offering many other titles.

At the end of May 2019 the deal for hosting the private servers for DayZ on Xbox and PS4 was signed, sealed and delivered.

Phase One: Offering private console servers for thousands of players

Data is key. Bohemia needed insight into certain metrics, such as server counts and player numbers, as well as access to key files, such as logs and save games, to monitor the success of private servers. This data can also be used to quickly and efficiently debug game breaking issues. Making the relevant data visible while adhering to data privacy regulations such as GDPR meant Nitrado needed to customize the information displayed.

DayZ is a popular game and a staple of the survival genre. Having an already growing player base, Bohemia faced the need to move thousands of players to new and better machines. An endeavour of this magnitude had to be meticulously planned and carefully executed. In general, when migrating servers or performing maintenance, the focus needs to be on the actual player experience. Interruptions are to be avoided as much as possible and it is crucially important that this process is thoroughly planned and flawlessly executed. 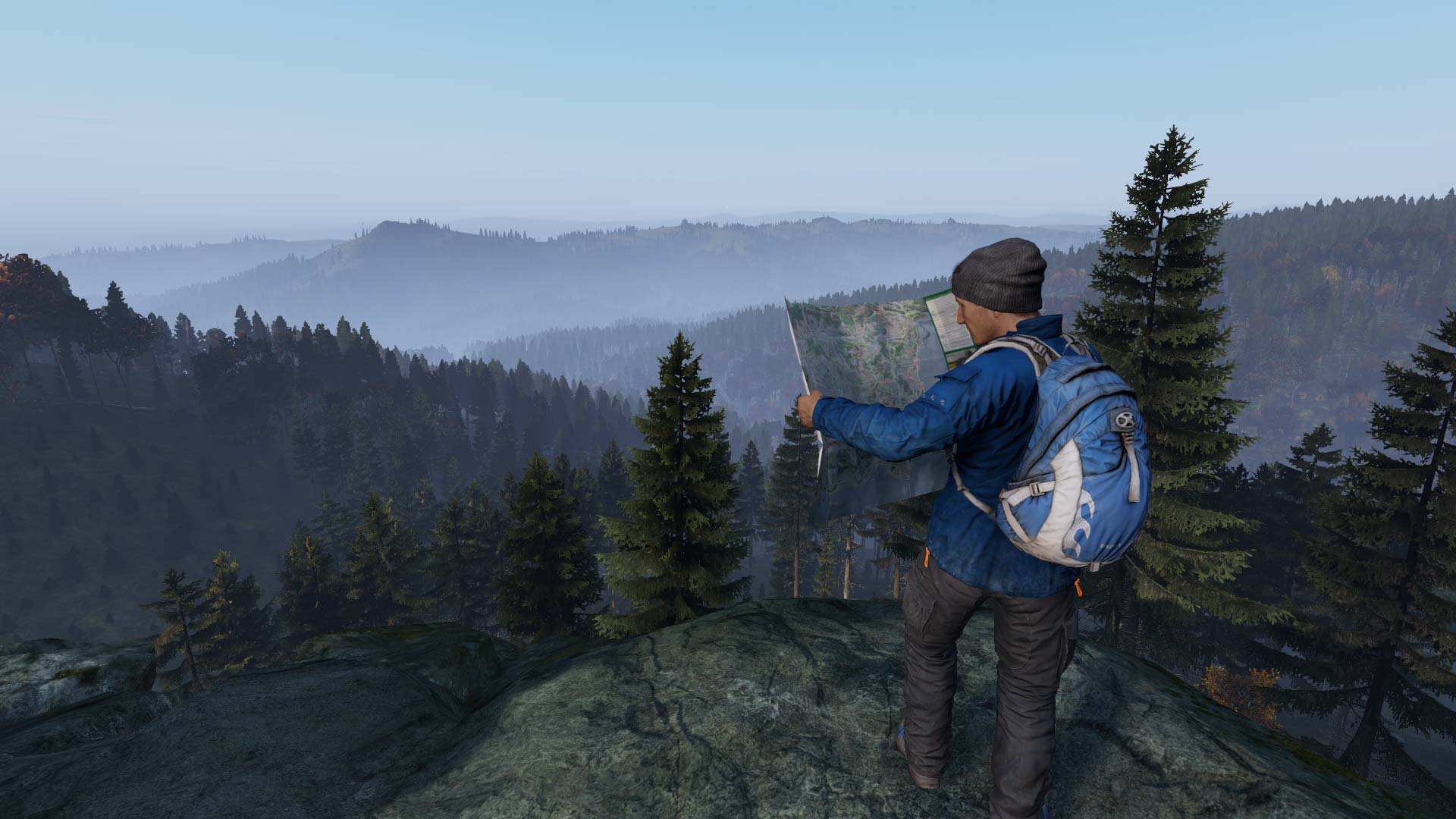 The Enterprise Console is a product of Nitrado and is used by Bohemia Interactive to monitor, control, configure and even back up their servers. In order to customize what data is displayed and how, Nitrado’s Enterprise Console was the ideal solution. Any data can be prefiltered to meet the regulatory requirements while Bohemia is still able to get the insights they need. The dashboard can be customized to ensure that any info is at their fingertips. To fulfill GDPR requirements, the data for private servers was aggregated per platform and per data center, to avoid the potential identification of individual server owners. The software developed for this purpose is offered to all Nitrado business customers to make their own metrics accessible from right within the Enterprise Console installations.

Nitrado’s infrastructure was ready for the demanding task of migrating all the official servers over. Nitrado’s hardware was far superior to the prior solution, for example Nitrado is part of the Intel Early Adopter Program, and therefore is able to provide the newest and best technology for the machines that Bohemia Interactive utilized. In this case, Nitrado used a CPU generation that was not even available to the market yet, which allowed them to double the performance per instance, as well as install twice the amount of instances per machine.

Nitrado’s meticulous planning ensured minimal interruptions. During the migration all goals were met and Nitrado’s expertise helped to speed up the process in itself. Important to mention is that DayZ uses the same code base for PC and consoles. Therefore the integration into Nitrado’s system was completed within just a few days.

Learn more about the upcoming hardcore space combat
simulator by visit the website of In The Black.

“Nitrado is the perfect partner for hosting DayZ because of the combination of b2b and b2c. Providing exceptional hardware and professional services that can't be beat and coupled with quality care and awesome support when working together.”
- Scott Bowen, DayZ Marketing & PR Manager at Bohemia Interactive

The most important result is that DayZ became more attractive as a game due to the offer of private servers on PC and console. For the players it was not only a new feature but provided endless hours of fun in their own fully customizable world. For Bohemia Interactive this meant the player base is not only stabilized but has even increased overall significantly.

Success in numbers: Nitrado integrated DayZ as a new game in its portfolio and was able to acquire new customers (about 10,000 private servers on PS4 and Xbox with room for almost 170,000 players). Taking over 500 official servers gave Bohemia Interactive room for over 30,000 players! 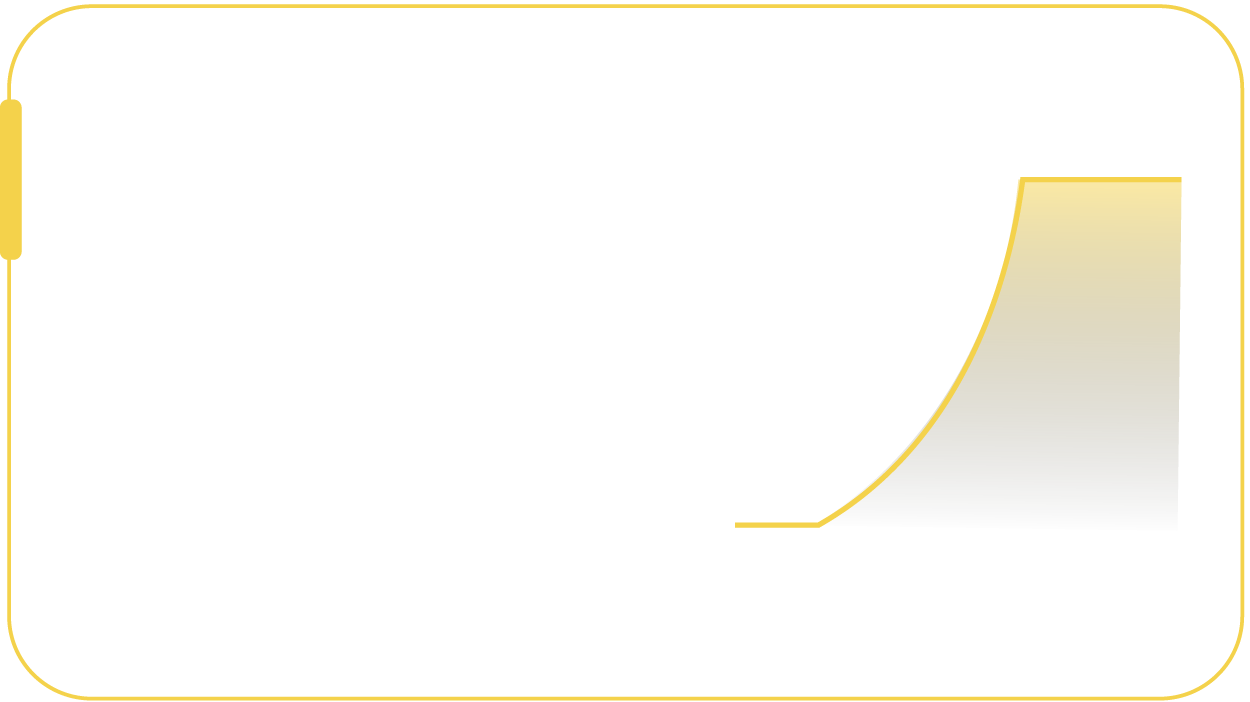 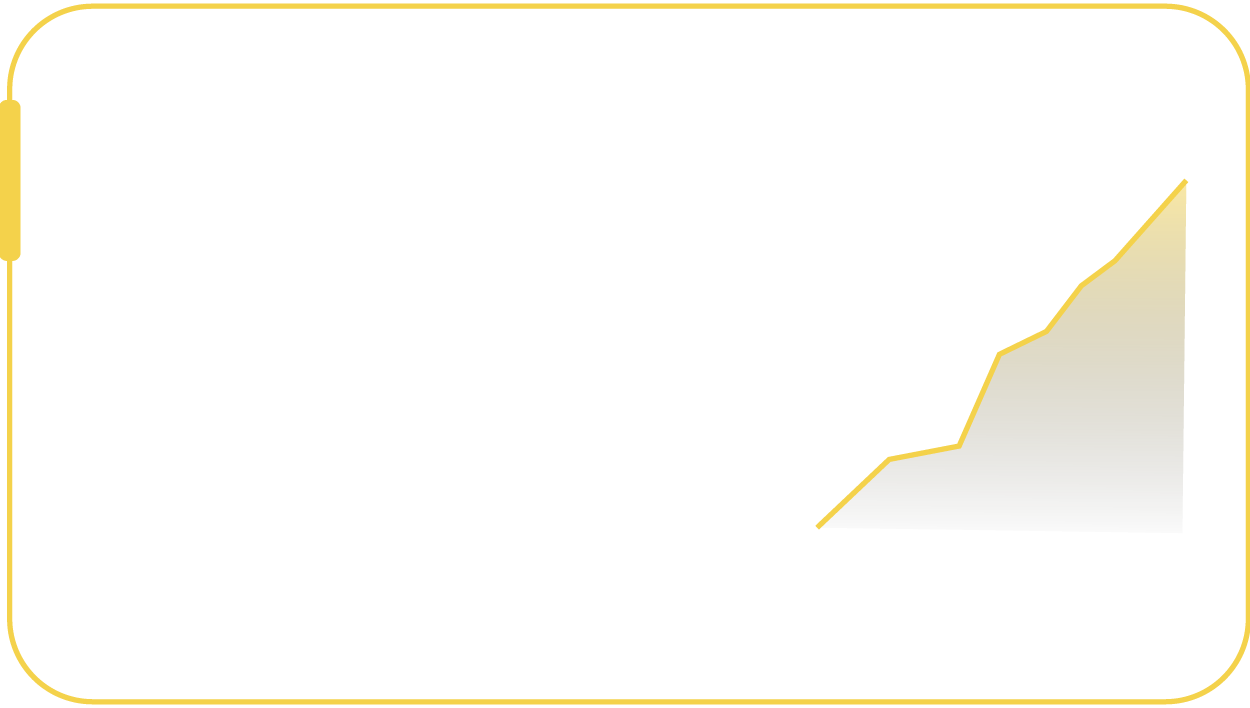 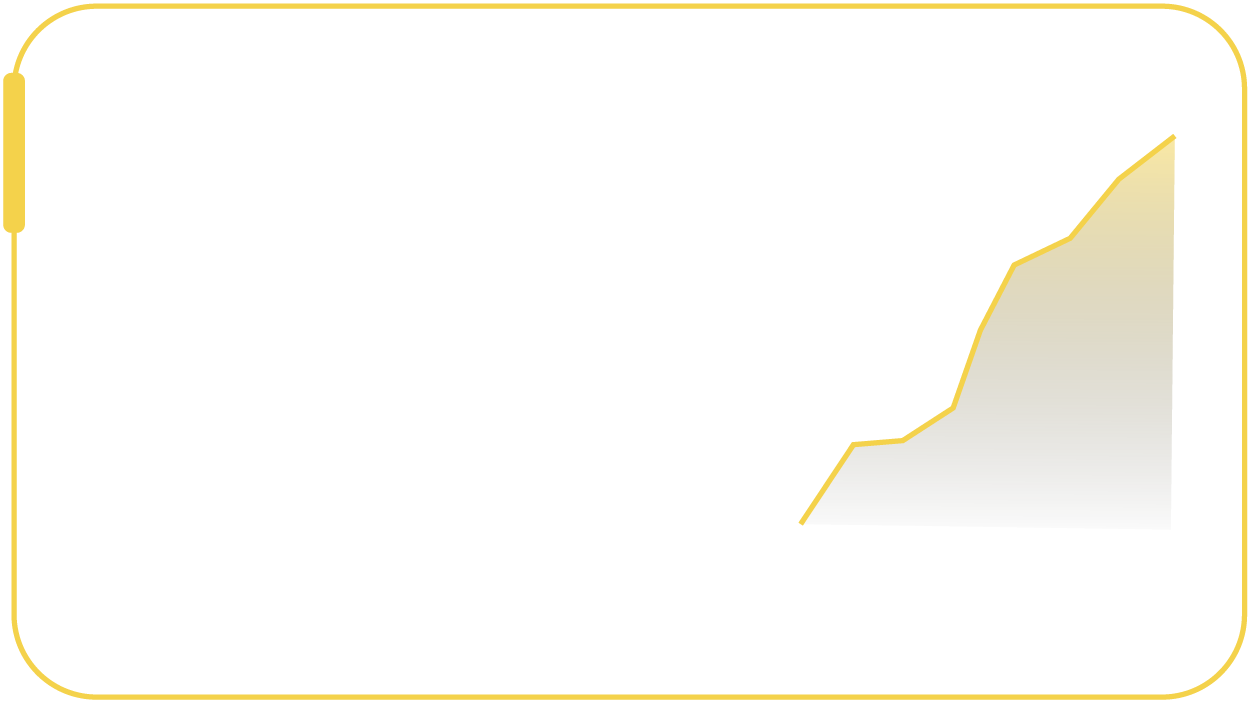 Nitrado also heavily advertised DayZ via its social media, influencer network and even via Microsoft where specific ads were spotlighted in the store.

These are the reasons why Nitrado is Bohemia Interactive's first and only choice for server hosting and why they will also provide the servers for Ylands and other future projects.

About the game DayZ

The post-soviet country of Chernarus is struck by an unknown virus, turning the majority of the population into frenzied infected. Fighting over resources has bred a hostile mentality among survivors, driving what’s left of humanity to collapse. You are one of the few immune to the virus - how far will you go to survive?

DayZ is an unforgiving, authentic, open world sandbox online game where each one of 60 players on a server follows a single goal - to survive as long as they can, by all means necessary. 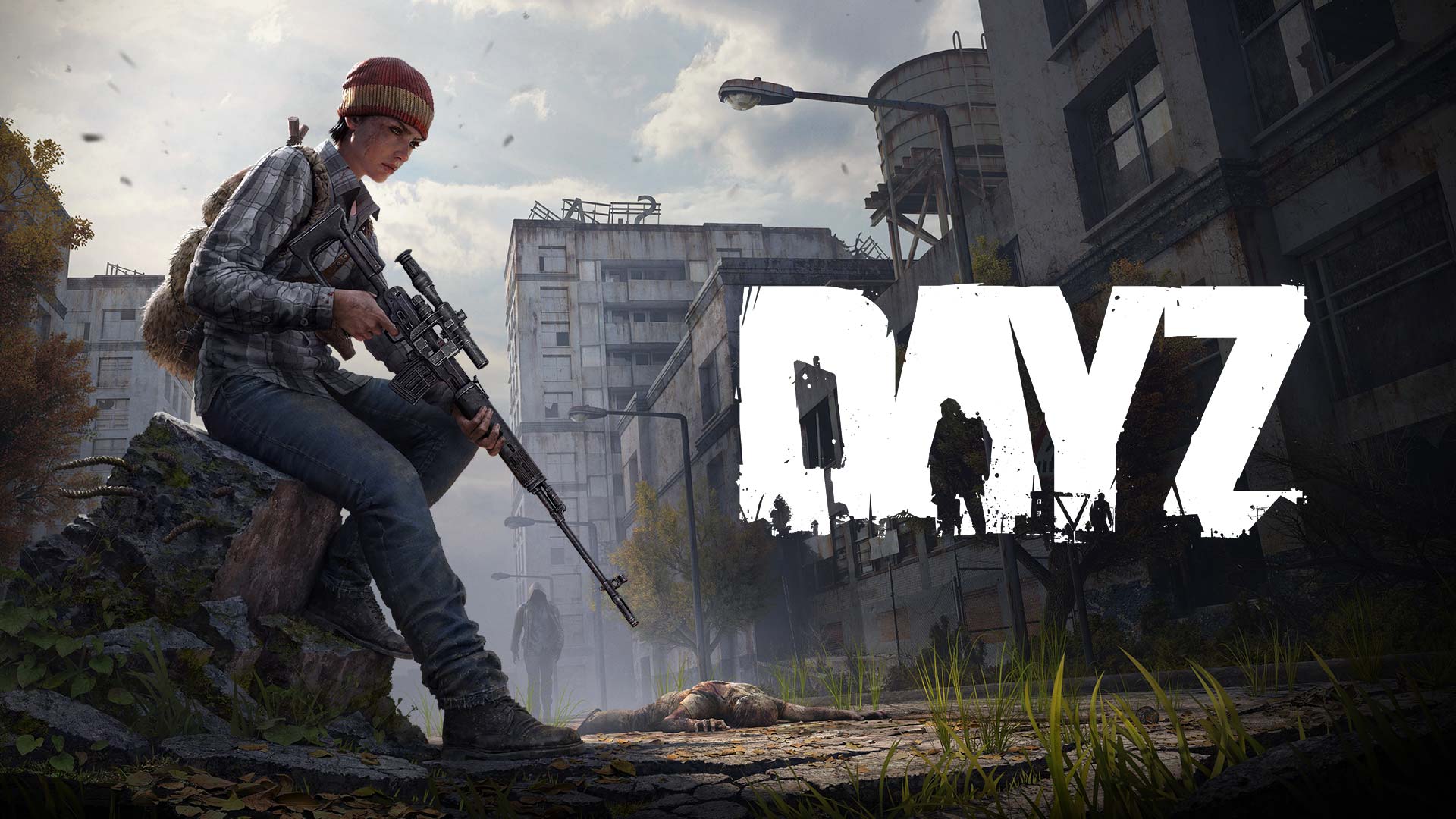 Pushing the aspects of simulation and freedom, Bohemia Interactive has built up a diverse portfolio of products, which includes the popular Arma® and Take On® series, DayZ®, and various other kinds of proprietary software. With its high-profile intellectual properties, multiple development teams across several locations, and its own motion capturing and sound recording studio, Bohemia Interactive has grown in 15 years to be a key player in the PC game entertainment industry.

In Their Own Words 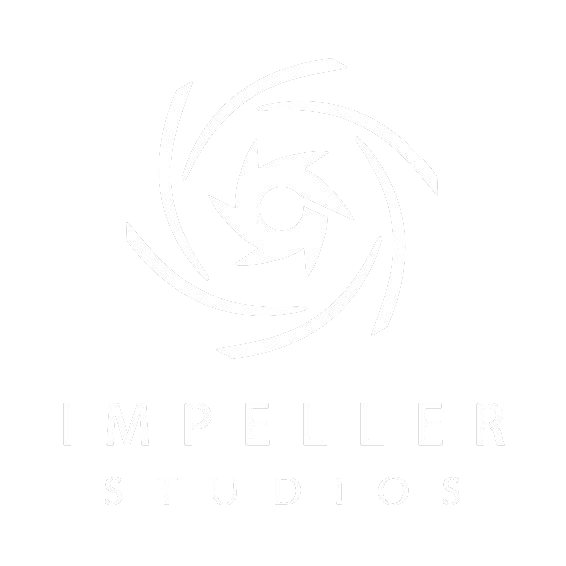 “Over-all, we would recommend any studio or company looking to outsource their source and build services to Nitrado. Their staff are nothing but professional, accommodating and the hardware Nitrado provides is state-of-the-art, while their prices won't break the bank.”
- Sion Duncan, System Administrator at Impeller Studios

“We are looking forward to a long-lasting relationship with Impeller Studios and are happy to have them as a customer. Their multiplayer game, ‘In the Black,’ is a great addition to our portfolio of more than 120 games.”
- Marcel Bößendörfer, Co-Founder of Nitrado

About Impeller Studios & In The Black

Impeller Studios, Inc. is a United States-based independent studio composed of developers working from around the globe. The team draws experience from across the board, consisting both of industry veterans and the best new talent from the world’s top game design programs. Impeller’s debut project, In The Black, is a PC hardcore multiplayer online space combat simulator, and takes place in a dystopian future set in the 23rd century, where mankind is ruled by ruthless corporations waging a (mostly) covert shadow war for dominance of the solar system. Hard science drives the design of everything in the game including the ships, the weapons, the environment, the physics, and the special effects. Impeller’s partners for In The Black include Alienware, Logitech, NVIDIA, and Thrustmaster.