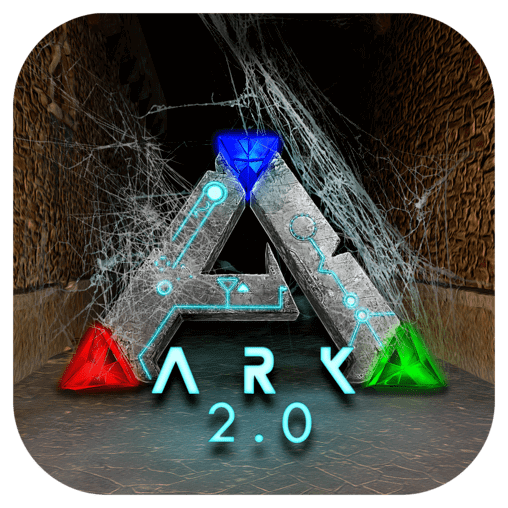 Offering private servers for a free2play mobile game had never been done before and until then it was unclear if and how much of a success it could even be. Will players actually rent private servers and how can this be successfully monetized?

Nitrado faced the challenges and it resulted in a triple win situation in this uncharted territory. The players, the studio and the server hosting company all benefited from their expertise and flexible solutions.

ARK: Survival Evolved has been one of the mostplayed multiplayer games on PC, Xbox and PS4. Nitrado has been the official host for all these platforms for many years and has provided both the official and private servers for this exciting game.

On June 14, 2018 War Drum Studios brought the world of ARK: Survival Evolved as a free2play title to iOS and Android devices. This mobile version features the full online survival experience contained in the PC and console versions of ARK, including a gigantic island to explore, 80+ dinosaurs and primeval creatures to tame and train, multiplayer tribe mechanics, and of course - crafting and building! This opens a whole new world for mobile gamers who want to play with their friends.

As a long-term trusted partner, Nitrado was the obvious choice for War Drum to offer servers for the mobile game. This marks a milestone for Nitrado as they became the first server hosting company to offer private servers for a mobile title. In October 2018 the game servers were available for the continuously growing player base of ARK: Survival Evolved.

There were challenges on many different levels: some were conceptual, others technical, and some even industry-specific.

Firstly, the concept itself had never been proven. What does it take to convince players to spend money within the game and yet still pay to rent a server?

Secondly, there was the technical challenge of meeting the stringent standards of some mobile providers. The implementation of the IPv6 standard on a global scale was a hard requirement which had never been addressed for game servers until then.

Thirdly, the player experience was the main focus and could easily be compromised by some of the player behavior in itself. For example “griefing”, which is the act of causing consternation to other members of an online community, specifically irritating and angering people through the use of destruction, construction, or social engineering.

Implementing something that has never been done before comes with its unique challenges, all of which Nitrado immediately addressed, flexibly solved and set new standards for during the process. Nitrado’s many years of being the leading game server host helped to identify and to address all of the game and industry specific challenges. This saved time, money and ultimately provided a better gaming experience.

Together with War Drum Studios, Nitrado diligently worked to ensure that in-game purchases such as Amber would still function and to incentivize the rental of private servers. The main focus was to give the customers enough freedom to configure their own gaming world and the ability to satisfyingly modify the game while they are still spending money for optional upgrades within the game.

The efficient rollout of IPv6 to meet the requirement was possible in different phases. A dual-stack solution (i.e. IPv4 combined with IPv6) was implemented in the first phase. Subsequently, Nitrado had to make some internal adjustments and rolled out IPv6 globally at all locations for the first time and assigned appropriate addresses to the host systems. IPv6 is clearly the future and working towards making it the standard will significantly increase the quality of online gaming.

Nitrado’s highly advanced infrastructure was ideal for the official servers of War Drum and formed the base for thorough testing and optimizing the game play experience. The mobile version of ARK was overall very similar to the PC and console versions which allowed Nitrado’s system to implement all the necessary functionality fast and efficiently. ARK Mobile was fully integrated as a game within only two weeks and became part of Nitrado’s portfolio of more than 120 games in mid-October.

Another milestone is Nitrado’s proprietary DDoS solution SteelShield™ which is specifically tailored towards protecting UDP and TCP game server traffic. The first stage of SteelShield™, was activated for all private and official ARK: Survival Evolved mobile servers.

Another very important factor is that private servers offer the players the possibility to only play with people they want. Creating your own world with your own rules and settings lets you customize your experience to your exact liking. Additionally, you can make sure that unwanted players cannot interfere with your game progress by password protecting your server. Security, privacy and the freedom to individualize your experience is what many players enjoy.

“Nitrado has been a crucial partner in helping us bring private server rentals to mobile devices. Renting out private servers for mobile games is fairly uncharted territory, and Nitrado has worked with us every step of the way to ensure a positive customer experience and help us build out a robust feature set that our players enjoy.”

The collaboration of War Drum Studios and Nitrado resulted in a triple win situation:

ARK: Survival Evolved has become an accomplished mobile game with millions of players. War Drum Studios has dedicated themselves to the success of the game and has created an even stronger community.

Nitrado got an additional ARK: Survival Evolved game version in its portfolio and was able to acquire new customers very rapidly (2,000 private servers within only a few weeks).

For the customers and ARK’s player base in general, private servers mean not only a new feature, but hours of fun with their friends in their own customizable world!

From the developers over at War Drum Studios, ARK Mobile puts the dino-taming adventure in the palm of your hand. While maintaining the true ARK experience players have come to know and love, this mobilized version of the game has been completely adapted for handheld touch devices allowing for the ultimate survival experience on a mobile device. Including a specifically faster-paced gameplay, a unique user interface, and a specialized control setup. The mobile version differs in many areas than the standard ARK versions. There are optional upgrades that survivors can acquire using special in-game resources. This will allow faster progression for players. Featuring an online survival experience including a gigantic island to explore with over 80 dinosaurs and primeval creatures. Tame, Hunt, Survive and of course, craft and build! All on the go with ARK Mobile.

War Drum Studios is a cutting edge video game developer with a focus on rapid development of games with a high standard of quality and excellent gameplay. The Studio develops games on platforms of all kinds, from iOS to Consoles to PC.